Since 1952, each spring, Amateur Radio Operators (Hams) from around the world gather for a few days in Ohio. They are all there for the world’s largest gathering showcasing hundreds of vendors. Commercial and flea market vendors gather for three days at the Dayton Hamvention.

With such a great show, it is handy to know where to find your favorite vendors. With the cooperation of the event team, we produce a detailed booth tracker. The tracker shows both indoor commercial and outdoor flea market vendors. The Hamvention web site always has the most up-to-date details on the event.

You can have your online booth listing stand out.

Visit our Support Page, where we have all the details required for you to submit your information to have your free listing created.

PDF: Downloadable Commercial and Flea Market vendor lists are now available in PDF format. Store these on your mobile device for easy access during Hamvention to get all the detailed information available on all vendors.

All pages are updated at least once per day until show day. 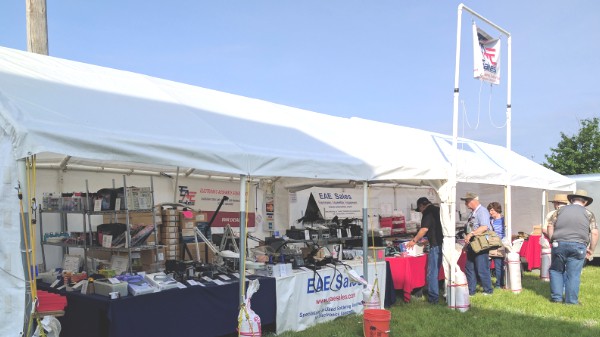 Listing of all outdoor flea market vendors along with a
brief description of what each vendor has to offer. 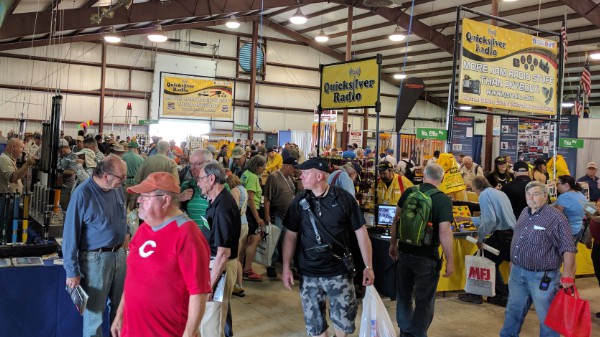 All commercial vendors located inside the buildings along with detail on equipment and service they carry or offer.

Although Hamvention 2020 and 2021 were canceled, Virtual Activities took place.

Where It All Started

Since 1952, Hamvention® has been sponsored by Dayton Amateur Radio Association (DARA). For many years it has been the world’s largest amateur radio gathering, attracting hams from throughout the globe.

About 1950, John Willig, W8ACE, had asked the Dayton Amateur Radio Association to sponsor a HAM Convention but was turned down. John wanted to have a quality affair. Speakers and prizes would be a drawing point. John finally found a champion in Frank Schwab, W8YCP (W8OK), the newly elected president of the club. A meeting was held and the DARA Board allocated $100 to get started.

The next year the name became “Dayton Hamvention®” and was registered as a trademark. April was determined to be the best time but the Biltmore Hotel, in downtown Dayton was booked. March 22 was the chosen date, causing a short lead time. How far did $100 go? Not far! A 12″ TV was raffled off to help raise funds. The FCC agreed to give license exams and Phil Rand, W1BDM, a pioneer in TVI elimination was on the program. The first prize, a Collins 75A2, was purchased locally.

Hoping for 300 visitors, the committee was amazed that over 600 showed up! There were 7 exhibitors and 6 forums. The ladies’ program was successful with a luncheon at the Biltmore and a trip to a local TV station.

In 1955 the Awards Program began with the “Amateur of the Year.”

The program has grown to a “Souvenir Program” and in 1976 the dimensions changed from 6″x 9″ to the current 8-1/2″x11″. The growth of the Dayton Hamvention® can be attributed to caring, energetic people who enjoy being on a winning team.